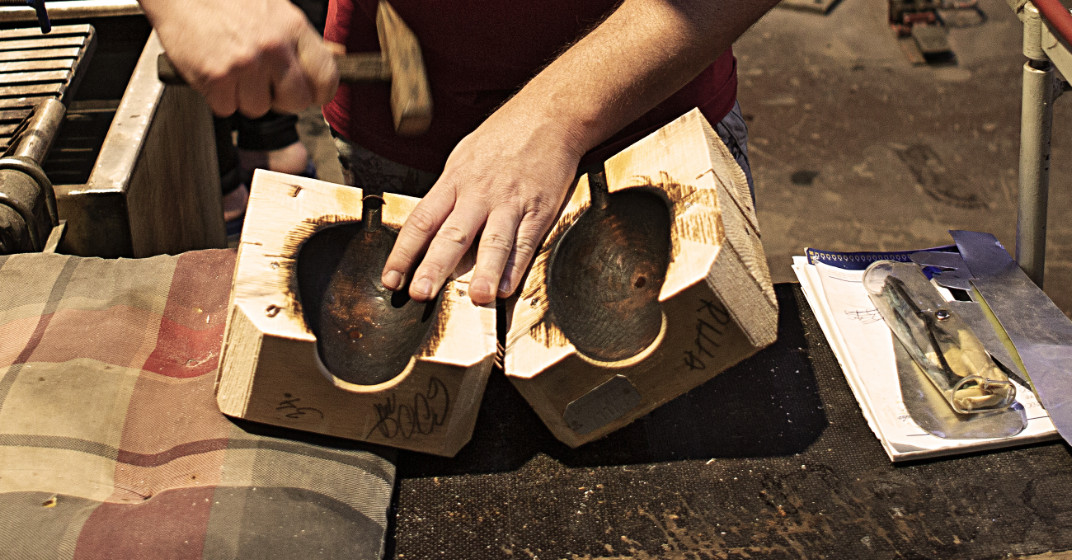 A SHORT HISTORY OF GLASS MANUFACTURING IN SLOVAKIA

The foundation of the first glassworks in Slovakia is associated with the German colonisation of mining regions. They produced glassware for royal mining towns. The first written reference to glassworks dates from the mid-14th century (1350 –  Sklené Teplice, 1360 – Sklené).

In the second half of the 19th century, Slovakia was the most significant region of Hungary in terms of the glass-making industry; certain glassworks were also renowned abroad. At this time, the equipment of the glassworks was modernised, and the quality of production was thus improved. Glassworks were concentrated in the southern part of central Slovakia (around Zvolen and Lučenec). In the Slovenské Rudohorie region, over twenty glassworks were simultaneously active within a radius of around 30 km. There were also many glassworks around Bardejov, Trenčín and Nitra. The majority of them produced blown and plate glass. As the numbers of glassworks increased, some gradually became more specialised. Certain glassworks in time took on the features of a manufacture, later becoming glass factories with a high number of employees.

The largest glassworks in former Austro-Hungary was the one in Utekáč. The glassworks in Uhrovec, owned by the Schreiber glassmaking family, was considered the best. The important glass designer Štefan Šovanka worked in the latter, and won several awards at world exhibitions. Other exceptional Slovak glass artists included Jozef Oppitz, a glass-cutter and engraver from Utekáč, and I. V. Pantoček from the glassworks in Zlatno, who invented the method for making rainbow glass.

A significant decline in glassmaking, as well as the closure of larger glassworks, took place after 1918, when Slovak glassworks were unable to compete with the Czech ones, which had more advanced technology as well as a more developed transport system. Glassworks focused on the production of luxury blown glass, in particular cut glass (Lednické Rovne, Katarínska Huta), registered growth during this period.

In the interwar period, Slovak glassworks mainly focused on overseas exports. At this time, production became more concentrated and smaller glassworks closed down.

In 1948, the glassworks were nationalised, and most of them fell under the administration of national enterprises. The construction of new plants and the sharp growth in production required an increased output of glass for household use and new types of technical glass. Machine production and the use of coal gas for heating furnaces grew, which affected the quality of work in the glassworks. The glassworks in Nemšová were completely transformed to the machine production of container glass. Some glassworks, however, continued in their traditional hand-made production of art glass.

After 1989, glass plants were privatised by local investors or closed down.

Even after its privatisation, Slovglass Poltár continued to make household glass out of lead crystal. Production ended here in 2011. Even today, Rona, a. s., in Lednické Rovne remains a significant world-class producer of high-quality household glass and glass for use in gastronomy. The company was founded in 1892 by Josef Schreiber from Vienna. Glass production has continued here ever since, without a break. After the war, Karol Hološko (1912 – 1978) and Jaroslav Taraba (1932 – 2020) had a significant impact on glass design in the Lednické Rovne glassworks. The glassworks in Katarínska Huta began making glass in 1841. Thanks to its excellent tradesmen, glass from Katarínska Huta became world-famous and was exported all around the world. However, its production came to an end with the closure of the glassworks in Poltár in 2011. Production was revived in Katarínska Huta by the company R-Glass in 2015; the glassworks continues the tradition of making glasses for beverages. 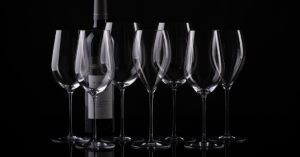 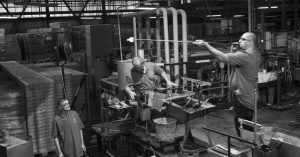